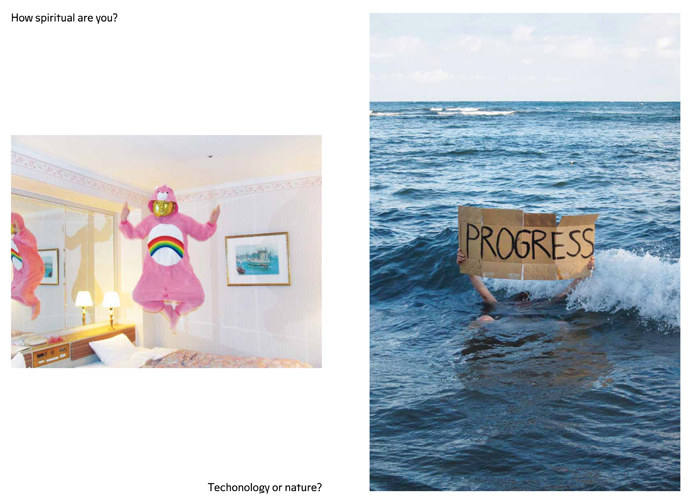 the image is from a publication called Spheres, #1

Melanie Bonajo’s (b. 1978) artistic practice is shaped by her critical stance towards the state of our world. Her works are created in the light of an explicitly critical attitude towards capitalism and an ambivalent view of the modern euphoria about progress. She is a traveller in search of individuals and communities, which strive for different visions of being human in the world and pursue more integrated, holistic conceptions of social togetherness and cohabitation with their fellow creatures. Her attention is particularly focussed on female protagonists, who come to speak about their individual world views through her videos. They have chosen partly illegal life practices outside of the common social models, searching instead for a transformed relationship to nature and community in new rituals, for alternative approaches to corporeality and socially defined gender roles. These women stand for a radically different kind of ethical thought and an oppositional attitude towards the lifestyles commonly produced by a globalised, digitalised, and networked world.

Anna Best is a filmmaker based in the west country